ACEPTAR
About me and this blog - Blog personal Miguel Molina Alen 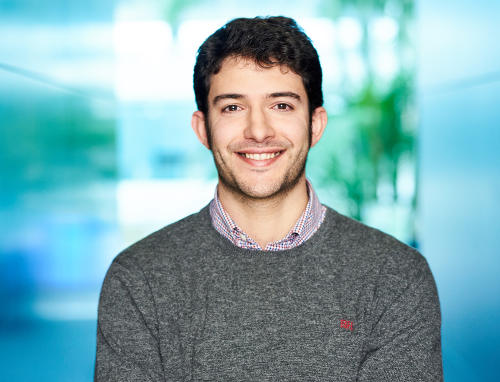 November 30, 2012 was the date of my first publication. I wrote about how social reality is influenced by the media. I was young, a year before I had graduated in Psychology from the University of Santiago de Compostela. After spending a year working in Dublin, I returned to Galicia to embark on a Master’s degree in Digital Marketing and Communications 2.0. I couldn’t resist signing up after reading such a title!

I finished my Master’s degree after living in A Coruña for a year. In 2013, I was in the same situation as when I had finished university in 2011. A new degree in a country with a 26% unemployment rate. Those of my age were called “the lost generation” -that is, those who for the first time in history, would live worse than their parents had. What should I do now? I asked myself.

The year had not passed in vain, after my first post on how the media can manipulate people. Words like algorithm, Google, SEO, edgerank, and hot-linking were included in my publications. Thanks to this and a friend I had met in Ireland, I got a job with an eCommerce company. I had to manage everything…SEO, SEM, social networks and prevent that Prestashop from failing. From that moment on, the economic situation improved. I moved to Madrid in search of new opportunities. I had the great fortune of finding employment as a Digital Analyst. After that I worked as a digital marketing consultant. I now reside in Brussels, where I work for a hotel company as a CRO & Analytics manager.

The blog has accompanied me throughout all these years. At the beginning the website was www.reactancia.com but since then I’ve now I changed the domain name to www.miguelmolinaalen.com.

Psychology and Marketing involve constant awareness about the world in which we live. I believe that everyone can learn something; that in every corner there is a piece to better understand the puzzle of which we are part. The purpose of this blog is to offer my part. All comments are welcome.

PS: If you are wondering why I chose the Bernard Shaw phrase that is written at the beginning, it is because I believe it accurately reflects the secret to being happy, which is not getting high, rather making decisions.